Singer Cafe has a small library with mainly English novels, but also some novels in German, Italian, Spanish and Dutch language. Furthermore there are some guidebooks about Palestine, maps and books with more political subjects. 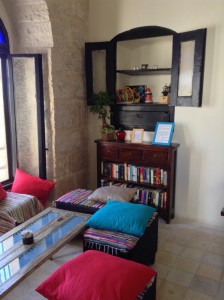 You can read the books in the library part of the Cafe, which is a cozy, quiet and non-smoking area. If you want to take a book home, you can leave us your contact details and 50 shekels deposit.

This library was created in the loving memory of Roshan-Abbas Ladak-Ebrahim and was contributed to by his family and friends.

Roshan-Abbas left this world at the age of 22 in October 2012, he was an intelligent, gentle and genuine young man. His departure was too soon for all who knew him and he is greatly missed.

Roshan-Abbas was passionate about literature and was a talented writer. He was able to write with a natural ease and his words were beautifully fluid. With this skill, he approached difficult topics and unwound them until the message sat clearly on the page, delivered in his own script. Roshan-Abbas had also campaigned in London, his home city, to keep libraries open when government cuts threatened to close them.

Roshan-Abbas had expressed an interest in visiting the West Bank and supported the Palestinian cause. Unfortunately, Roshan-Abbas wasn’t able to visit Palestine.

Today, his passion for books extends to a country he supported, but never visited. In commemorating Roshan-Abbas with this library, he has in fact made it to Palestine. 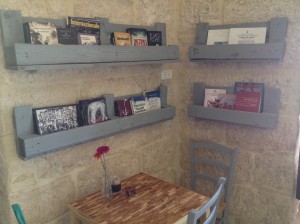